Earlier this month, Stacie Neall asked for Tributary’s observations on the 2018 NonStop Boot Camp held last November. Well I have some, of course. However I would be remiss if first I didn’t take a moment to recognize all those that plan, facilitate, and in a sense “operate” the event. Stacie, Kathy Wood, Kelly Luna, Karen Copeland and Kristi Elizondo immediately come to mind. Without the dedication of these folks, plus all the others that volunteer their time and effort for what really is a huge undertaking, Boot Camp would be history.

Goodbye to J-Series and ServerNet-When the Itanium (J-Series) servers go end-of-life later this year, so does ServerNet! As most of you are aware, ServerNet is the proprietary communications architecture that was developed by Tandem beginning in 1992, and was first shipped back in 1995, and continues to ship 20 years later. We’ve been acclimated to the use of (mostly) industry standard hardware as the basis of NonStop systems for years; I view the move to InfiniBand along with the EOL of J-Series as the culmination of this effort, and a clear break from the past.

Randy Meyer is retiring this year- As far as I’m aware, Randy is the most highly placed ex-NonStop executive at HPE. Randy has always been very clear in his understanding of the unique value proposition of NonStop, even though in his latest roles, he had far more responsibilities than just NonStop. As I observe the replacements for various management positions recently vacated at NonStop, they’ve been filled with long term “HP” employees from outside the NonStop organization. While this is natural given the continued and necessary integration of NonStop into the “greater HPE”, I’m hopeful (like we all are) that HPE continues to recognize the prominent position this platform occupies in the Business Critical Enterprise marketplace.

Boot Camp attendance- This seemed to me to be about the same as last year, however, I do understand that there were in excess of 100 first time Boot Camp attendees this year, along with two new exhibiting suppliers. That’s extremely encouraging, as is the emphasis on the Under 40 NonStop crowd. Prior to the event, I was reviewing the information and schedule for the 2018 Boot Camp, and I noticed an event called the “Under 40 Pub Crawl”. So I got to thinking, if a person was born the day the first Tandem/16 system was shipped to Citibank, almost 44 years ago, they wouldn’t have been eligible for the Pub Crawl at all! Clearly the NonStop Platform has had a lifespan far longer than a lot of 1976 technology, but it also made me realize that we’re not passing the “torch” to the next generation (to paraphrase John F. Kennedy’s Inaugural Speech), the next generation of NonStop Professionals is already carrying the “torch”. Obviously, continued existence of our preferred platform requires that new customers and new applications are identified and their requirements met. To that end, there were over 50 individual break-out sessions conducted during Boot Camp, some large, like the Keynote Address, most smaller, but all important to the consistent flow of information. So what does this emphasis on younger technologists mean for the NonStop in general and Boot Camp in particular? First, I think it guarantees that this event will continue well into the future. HPE will continue to offer new versions of NonStop L-series servers and Virtualized NonStop of course. But if younger people aren’t interested in the platform, this will be for naught. It’s worth noting that these folks were taking the time to visit many partner booths. They understand that there’s a wealth of collective NonStop knowledge and information available, most of these Partners have been part of the NonStop “Ecosphere” for years. I’ve found that these Partners are more than willing to share their experiences with anyone that asks, and Boot Camp is certainly a very convenient, all-in-one, venue!

Discussion of new technologies- This was evident at Boot Camp. A couple were of particular interest, the first being vNonStop. We here at Tributary Systems are pleased to see HPE and NonStop Product Development moving the platform into the Virtual and Cloud deployment arenas. However, our belief is that the primary Enterprise use case in production environments for NonStop’s largest customers will remain a conventional converged on-premise deployment for some time to come. This does not mean that test/development environments, which are particularly suited to a virtual deployment, won’t take advantage of vNonStop much more quickly. On-premise Cloud based backup and restore was another new technology that multiple customers are now investigating. NonStop in the past has seemed to be commonly operated in a “silo” environment, with dedicated hardware, personnel, floor space and storage. This thought pattern is changing, assisted by the introduction of vNonStop as well as secure on-premise Cloud storage options, like Tributary Systems’ Storage Director. 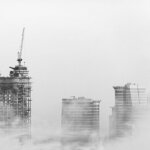 Attack of the Cloud Killers:Fending Off Threats to Cloud Ops Success 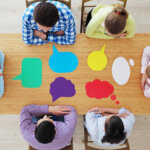 Glenn is currently Director of HPE Business for Tributary Systems. Prior to that, Glenn spent 17 years as a Program and Product Manager at Tandem, Compaq, and finally HP, always with NonStop