NonStop in the Agile wor 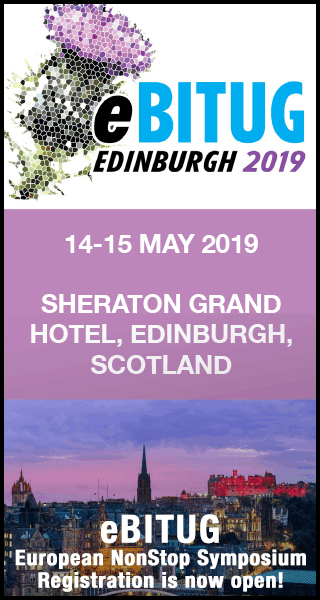 A development on development has been around for a while now but is gaining traction. In the old days most companies used something called waterfall design. This was a very structured method. Requirements are gathered and then a design is completed based on those requirements. Once the design is finished and approved development starts. After development, testing is performed to insure requirement compliance. Once all that is done the system goes into ongoing maintenance. This worked well in the day, and may still be a sound model depending on what is being developed, but as competition, technology and customer demand drives faster change, the time required to fulfill a request using waterfall and deliver a finished application/solution meant the original requirements had changed. So a new methodology was developed which may have a few names but is mostly known as agile. In agile the requirements, design, development, testing and maintenance are performed in faster, smaller bursts with all parties involved. In agile a list of the top requirements, let’s say the top ten, are gathered and fulfilled quickly in a series of sprints. The sprints involve quickly getting a limited but working application/solution up and running quickly. This means that users, stackholders, security, development and operations are collectively looking at the system as it is developed and enhanced. Changes based on new requirements can be incorporated into the ongoing work. Testing and maintenance are designed in from the beginning with QA and Operations as part of the team from the start. This has led to a term called DevOps which I believe was an outgrowth of agile development. DevOps is the co-development and participation of both development and operations in the design and creation of new applications. The concepts needed for operating and maintaining the system are voiced up front in the development phase. This has allowed for faster and cleaner designs without the need for redesign, which occurred often when these two areas did not collaborate upfront.

Where waterfall had a beginning and end, agile is a loop. DevOps is partially how agile is accomplished in what is known as continuous integration and continuous delivery (the loop). The main characteristic of the DevOps movement is to strongly advocate automation and monitoring at all steps of software construction, from integration, testing, releasing to deployment and infrastructure management. DevOps aims at shorter development cycles, increased deployment frequency, and more dependable releases, in close alignment with business objectives. Companies embracing agile have started automating the processes through the use of open-source products and tools. The most common tools that enable this are Jenkins, Ansible, Git, and Nexus. All of these tools can be used with NonStop. Many of the tools can run directly on the NonStop if that is preferred or the NonStop can be integrated into the tools running as a corporate standard.

If your company is embracing agile and DevOps know that NonStop can be a part of the infrastructure and standard. Contact your solution architect (SA) for a briefing or schedule one with the ATC through your SA. I know of several banks, Telcos and even a major oil and gas company that were interested and have been briefed.

Using HPE NonStop to Modernize and Compete in the Digital Age

Justin Simonds is a Master Technologist for the Americans Enterprise Solutions and Architecture group (ESA) under the mission- critical division of Hewlett Packard Enterprise. His focus is on emerging technologies, business intelligence for major accounts and strategic business development. He has worked on Internet of Things (IoT) initiatives and integration architectures for improving the reliability of IoT offerings. He has been involved in the AI/ML HPE initiatives around financial services and fraud analysis and was an early member of the Blockchain/MC-DLT strategy. He has written articles and whitepapers for internal publication on TCO/ROI, availability, business intelligence, Internet of Things, Blockchain and Converged Infrastructure. He has been published in Connect/Converge and Connection magazine. He is a featured speaker at HPE’s Technology Forum and at HPE’s Aspire and Bootcamp conferences and at industry conferences such as the XLDB Conference at Stanford, IIBA, ISACA and the Metropolitan Solutions Conference.