Most of my articles here have been looking at a topic and I write about it. In this quarter’s article, I wanted to highlight a couple of the blog articles by other experts on Around the Storage Block that have attracted a lot of attention – in other words, these articles are getting a lot of views. I’ll pull a few of the highlights from them and give you a link where you can read the details. 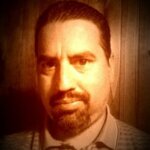 Eric Siebert is our VMware for HPE Storage Solutions Manager. He’s been doing that for about 7 years. You can find him on Twitter as @ericsiebert. Before HPE, he worked as VMware administrator and was one of the top contributors to the VMware community. You can find his article about the new VMware plug-ins for HPE Storage on ATSB but here are a few highlights from his article:

Recently we launched new versions of our VMware plug-ins. This release brings some new features and a licensing change that I would like to highlight. I would also like to take this opportunity to give you a brief overview of our plug-in portfolio that helps provide simplified management for VMware admins.

One important thing I would like to feature right off the bat is our entire storage plug-in portfolio for VMware is now 100% completely free and fully functional. Prior to this release, most of our plug-ins were freely available with the exception of the plug-in for vRealize Operations Manager which required a paid license. Now you can use and deploy any of our plug-ins as much as you want to gain the best possible management experience for VMware.

HPE OneView for VMware vCenter is a free plug-in for VMware’s vCenter management console which enables vSphere administrators to quickly obtain context-aware information about HPE servers and HPE storage in their VMware vSphere environment directly from within vCenter. The OV4VC storage plug-in supports 3PAR, MSA and StoreVirtual arrays, Nimble arrays come with their own built-in plug-in for vCenter.

Eric writes about what’s new with OV4VC and continues by looking at:

If you’re using 3PAR and VMware, you definitely need to read the blog article.

We announced the next generation of HPE Nimble Storage on May 7. I talked about this at Discover in a Connect Discussion Forum. I also have a blog article that is one of the most read blog posts in the last 3 months that highlights what we announced, HPE Nimble Storage news: Bigger, faster, better. What I want to highlight now is an element of the announcement that we made – that the new HPE Nimble Storage platform is NVMe and Storage Class Memory ready. 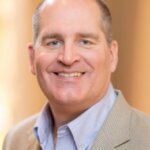 To talk about that I have Jeff Kimmel, the CTO for HPE Nimble Storage. I highly recommend you read the entire article, The perfect union – NVM Express, Storage Class Memory on ATSB but here are a few highlights from it:

Which technologies will power the next wave in storage? And how can you prepare today for what is coming tomorrow? See what answers HPE Nimble Storage has in store.

SCM and NVM Express (NVMe) are key technologies powering the next round of improvements in storage array performance. Of the two, the emergence of new Storage Class Memory (SCM) technology is perhaps more significant, with 3D XPoint and Z-NAND memory leading the way.

The promise of NVMe

Although NVMe SSDs have been available for a few years, they’ve not yet been deployed in the most cost-effective storage arrays. That’s because high availability RAID groups of SAS-connected SATA SSDs deliver plentiful throughput with superior economics and scalability versus high availability solutions using NVMe SSDs. As NVMe economics and scalability catch up, storage arrays will shift to take advantage of its relative strengths.

How does SCM fit in?

The term Storage Class Memory encompasses a number of solid-state storage media types researched starting more than a decade ago. These media vary widely in their fundamental physics, structure, and properties, but all seek to improve in one or more characteristics on legacy flash memory and DRAM. A few SCM types have been commercialized. Two stand out due to superior density and cost versus DRAM, combined with faster access versus legacy NAND flash: 3D XPoint memory and Z-NAND flash memory.

We at HPE believe that future storage arrays will support SCM and NVMe to make the most of storage technology evolution. Relative to a typical flash SSD, reads from an SCM SSD will complete roughly 10x faster at low to moderate utilization and tolerate 10x more write cycles before wear out, but may be 10x more expensive per gigabyte. Given the large difference in price and performance, it is more beneficial in early generations to combine flash and SCM SSDs such that flash is used for durable storage and SCM is used to cache frequently accessed data and metadata. This reduces read access times for hybrid flash and SCM systems significantly versus pure flash systems. As the cost of SCM media falls, we expect the industry will increasingly use it for durable storage as well.

Jeff concludes his blog article by talking about the marriage of NVMe and SCM and what it means for HPE Nimble Storage. Let’s not forget 3PAR in this conversation – we were the first vendor to demonstrate SCM in an array; what we’re doing across our two flagship arrays for NVMe and SCM is very similar, but stay tuned to Around the Storage Block to read the latest! 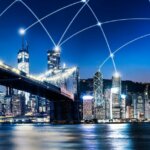 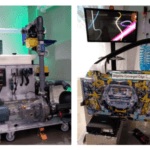 I’m Calvin Zito and November 2020 marks 37 years with HP/HPE. I’ve worked in HPE Storage since 1990. I was recently recognized as a 10 time VMware vExpert. As an early adopter of social media and active participant in communities, I’ve blogged for over 13 years. I’m also an avid Boise State football fan. You can find me on Twitter as @CalvinZito. If you don’t follow me on Twitter, please do it now! You can also contact me via email. Find my podcast on TalkShoe.com, iTunes, Google Podcast, Spotify podcast, and Stitcher.