We are in the middle of 2019 already!! I guess a large part of the northern hemisphere is awaiting the onset of summer. Global warming and El Nino are posing twin challenges to our lives with rising temperatures and scarce or untimely rainfall. Here in Bangalore – India where I work, the summer has just gone past without much heat (sigh!!) but the rain is playing hide and seek. Contrary to the vagaries of weather, NonStop business remains steady. NonStop is steadily gaining new logos and some of them have gone live. One is marquee – a new Bank launched in India by a 160+ year old venerable Government institution, established by the British Raj!

On the security front, we had another quiet year which is a bit of an anti-climax for me given the launch of GDPR in the European Union. While NonStop does have the solutions needed to implement the practices and comply, I saw less anxiety among the community on the whys and hows of it. The NonStop Enterprise Division (NED) launched HPE NonStop XYGATE CMON to help customers implement the $CMON process as another layer of security around the platform. In addition to implementing $CMON, it also can automatically distribute the workload across the CPUs (how about that!), relieving the administrators from doing this task manually which will be especially useful in a dynamically varying process environment.

The Itanium platform was released in 2005 and NED released the last J-series RVU – J06.23 in late May 2019. With this RVU supported at least until 2025 the NonStop Itanium series systems would have completed 20 years of life as the Mission Critical platform of choice in the industry. NED also announced a bouquet of services to help customers migrate not only from the H/J series to L-series, but also in other migration and modernization projects such as moving from Enscribe to NonStop SQL/MX, IBM MQ 5.x to IBM MQ 8.x and so forth. With NonStop X adoption in full steam, I believe the launch of these services is timely and will further accelerate the adoption of newer software versions and newer technologies.

It was a pleasure to meet many of you at the European TBC at Edinburgh and present on several topics of interest. The participation and the number of topics presented clearly demonstrated to me the vigor and the enthusiasm of the community. For our ISV partners, we are hosting the Partner Technology Symposium on 9th September in San Jose, California USA. This is an event to get a sneak peak at what’s cooking inside the HPE NonStop R&D labs. In addition, there will be several user groups at various locations and the yearly NonStop Technical Boot Camp coming up the first week of November . So, lots of action as usual and look forward to seeing a growing participation from the community.

So, until we meet again, here’s wishing you a great rest of the year ahead and a lovely weather all through. 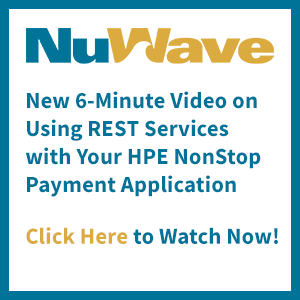 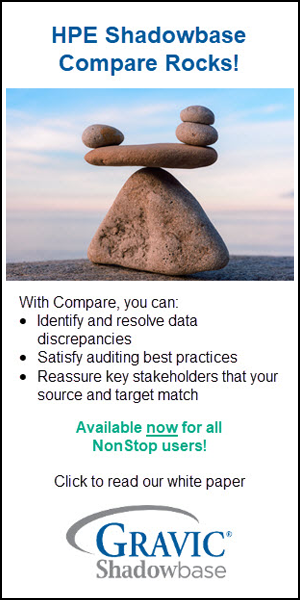